The Situation Wrote A Book – Huh Who Knew He Could Spell? 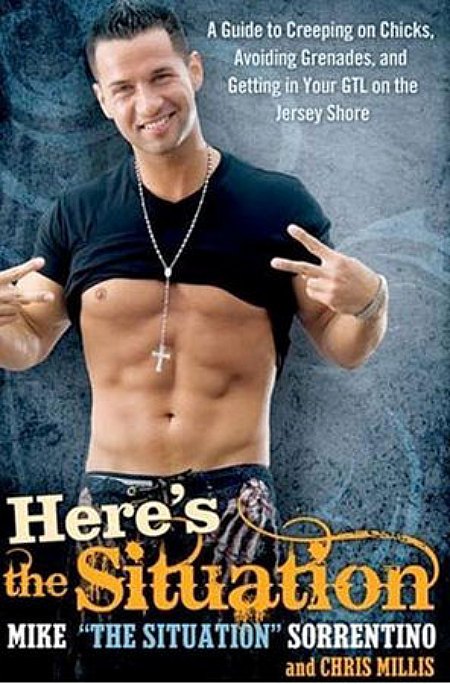 I swear this is not a joke!  Jersey Shore star Mike “The Situation” Sorrentino has just revealed his new book cover art.  Yes, he has written a book – who knew he could spell let alone write.

The book is called Here’s the Situation: A Guide to Creeping on Chicks, Avoiding Grenades, and Getting in Your GTL on the Jersey Shore and will be released November 2,2010.  I am still ROTFLMAO over this one.  Can you believe the cover this guy is so conceited – he thinks he is so hot!  Wrong, wrong, wrong!  Will you buy the book – I won’t!