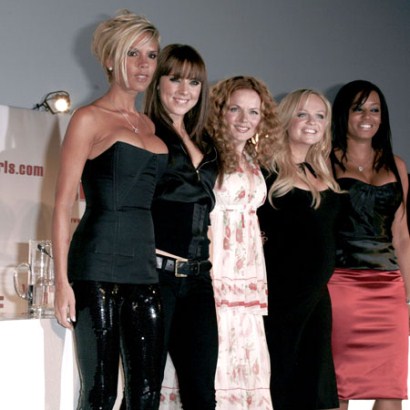 The forthcoming project – titled ‘Viva Forever’ – will use the girl group’s music, but “won’t be a tribute or bio show” of the ‘Wannabe’ hitmakers, instead analysing the fickleness of modern fame in the era of instant celebrity – which the Spice Girls predate.   Producer Judy Craymer said:

“We live in a world dominated by people wanting to be famous. What the Spice Girls did was before those shows became really what they are, and before the world become slightly obsessed by such shows.   “‘Viva Forever’ will encompass the Spice Girls ethos of friendship, identity and being true to yourself, it won’t be a tribute or bio show, nor will it feature characters with any of the names of the famous five piece.”

The show will be written and produced by Judy – who was behind the stage adaptation of musical ‘Mamma Mia!’ – with comedian Jennifer Saunders. Although it analyses fame, Judy said it would, however, still include more light hearted elements.   She added: “It has a glimpse of the underbelly of TV talent shows, an invented show, and a little bit of comedy romance.”

The Spice Girls – Mel B, Victoria Beckham, Emma Bunton, Mel C and Geri Halliwell – all met late last year to discuss the musical and Mel B, 34, has revealed how pleased they are to be working with Judy on the project.

“All five of us are really super excited. We don’t do anything unless all five agree.   “All of us loved ‘Mamma Mia!’. We needed someone who would have a great vision alongside ours.”

The musical will reportedly feature 14 of the group’s songs and is expected to open in 2012.