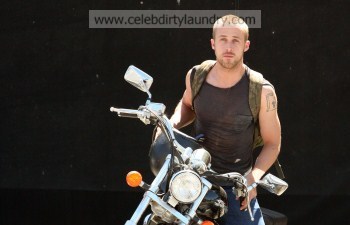 This post is for Tink.    For those of you who don’t know Ryan Gosling (who by the way is HOT) –  he is an Academy Award-nominated Canadian actor and musician.   He is known for his roles in The Notebook and The Believer, and he won the Independent Spirit Award for Best Lead Male and the National Board of Review Award for Best Actor for his role in Half Nelson, for which he was also nominated for an Academy Award. He was nominated for another Screen Actors Guild Award for Outstanding Performance by a Male Actor in a Leading Role for Lars and the Real Girl.

Ryan has a band called "Dead Man’s Bones".  On December 25, 2008 his band released a music video and free download for their song “In The Room Where You Sleep,” and on April 4, 2009, the band released a music video for their song "Name In Stone" on MySpace and YouTube. The self-titled debut album from the band, featuring members of the Silverlake Conservatory of Music’s children’s choir, was released on October 6, 2009 through ANTI- records.

Ryan, 29 will be see this year in "All Good Things" a love story and murder mystery based on the most notorious unsolved murder case in New York history.  Also starring in the movie is Kirsten Dunst.  Ryan has also completed filming Blue Valentine with Michelle Williams.  The movie tells the somber tale of a married couple’s beginning and end. The film, from writer/director Derek Cianfrance, is a raw and beautiful look at love and love lost, told through a unique non-linear structure.  Photos: Fame/Flynet/Bauer Griffin 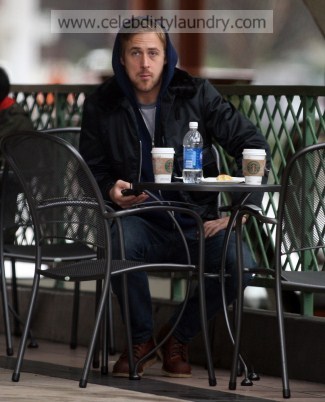