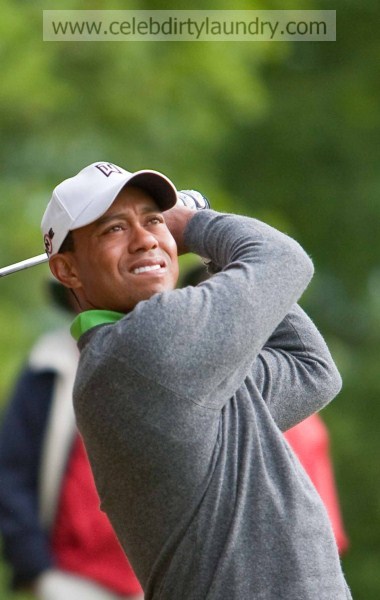 Showing what a lowlife he truly is – what a completely inhuman selfish snake he has become, Tiger choked up over his golf score at the Bridgestone Invitational where he went 18 over par over the 3 rounds.   Imagine – when he made his fake speech to the hand-picked reporters last spring – with Elin absent – he didn’t cry – he didn’t choke up because he didn’t care.   All he was doing was what his lawyers and managers told him to – read a speech they had written for him.

But when his precious golf game – the game that lets him sleep with high priced prostitutes while maintaining a phony front of the all American married man so he can grab the big sponsorships – when that game falls apart so does he.  Because he is a hollow man – a nothing – a fake and a fraud.    We are delighted that he is failing at golf because he does not deserve success.    He is a Bad Man and we do not want him as the representative of golf.