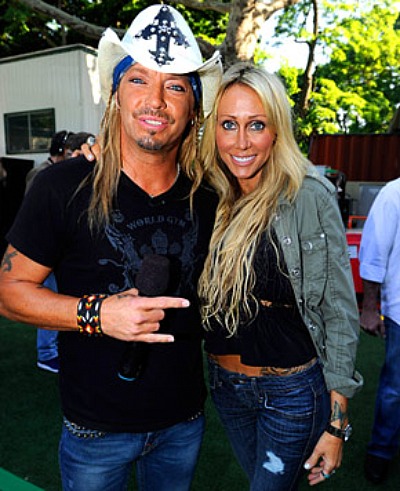 When I heard that Billy Ray and Tish Cyrus were getting a divorce, my first thought was “who did he cheat with?” Well, it turns out that I was wrong! And I don’t mind being wrong when the news is as juicy as this story.

According to reports, Tish Cyrus’ cheating was the culprit in their marriage ending. She was banging bandana-wearing goatee sportin’ rock singer, Bret Michaels. Who knew?!???

This past February, Bret got close to the Cyrus family when he and Miley recorded their duet, Nothing To Lose. Since, they started hooking up and when Billy Ray caught wind of it, he filed for divorce.

Bret’s rep is trying to call BS on the rumors of an affair, but a source close to the Achy Breaky Cyrus says, “It was a professional relationship that turned into something more.”

This whole idea makes me laugh. Was Tish doing this because she thought Bret was an upgrade???