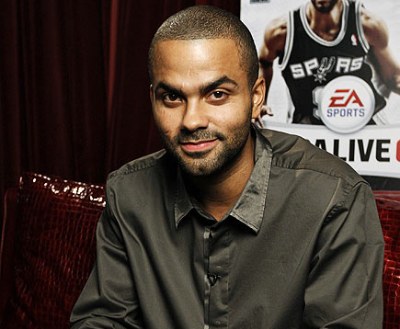 According to sources, Tony Parker is starting to look like the next Tiger Woods!

He was said to have had a sexting relationship, without anything physical with Erin Barry, but denied that they had sex. Now, a new claim has come forth saying that he was sending out nude photos of himself — I guess that’s not cheating, is it?

Reportedly, “A 19-year-old British woman has come forward claiming she was pestered with several texts from the Desperate Housewives star’s husband, including a half naked picture of the basketballer.”

The woman, Sophia Egeler, says that she met Tony at an Ultimate Fighting show at the O2 Arena in London. She said, “From the minute he met me he was trying it on. I had no idea he was Eva Longoria’s husband. He would not take no for an answer and was telling me how much he liked me.”

Then, Tony sent her a half nude picture, asking, “Do you want a sexier one still?”

His rep denies the report and says that he didn’t meet her at the UFC event, because he was at training camp during that time.