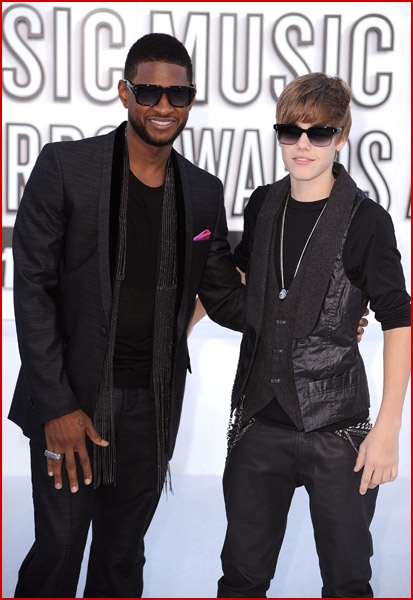 Usher & Justin Bieber @ the 2010 MTV VMA awards.   Justin Bieber and Usher stopped by to chat with Sway in the pre-awards. What words of wisdom does Usher have for the young star when performing at the VMA’s?   “Have fun, man, do it for the fans,” he said.  When Sway says that Justin rocked the drums in rehearsal, Justin replied: “Yeah, I’ve played since I was two. I also play piano, guitar, and a few other things.”

It’s a big night for Justin first Chelsea Handler commenting on how much better The Biebs love songs will be once he sees a Vag and then Kim Kardashian talking about molesting him.   Both those ladies have enraged The Bielbers LOL…. A big night for a 16 year old! 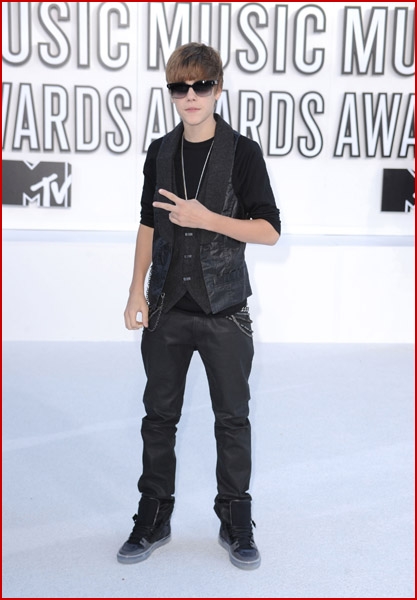 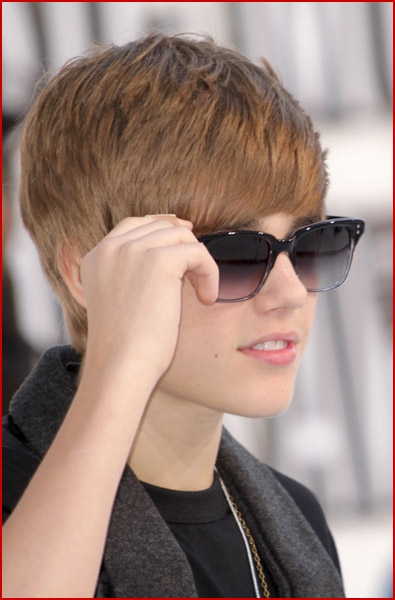