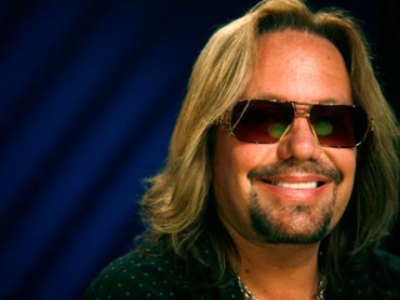 And his ex-girlfriends are royally dumb if his trick worked. Apparently after having tons of icky sex with random chicks, Vince Neil and his friends would head to a burrito place called Noggles and order up some egg burritos. Then, to cover up the smell of sex, they would rub said egg burritos on their junk to cover up the skank smell.

In a new interview with Hustler magazine, Vince recalled, “We were always f**king other chicks at the studio and backstage… We would take Tommy’s van to a restaurant called Noggles to buy these egg burritos and then rub them on our crotches to cover the smell of the girls we had just f**ked. So our d**ks smelled of eggs… We would tell our girlfriends, ‘Oh, we dropped the burritos in our laps.’ The girlfriends thought we were a bunch of clumsy slobs. We never thought about going into the restroom and just washing our d**ks.”

Oh. My. God. There really are no words for this kind of stupid shenanigans. Seriously, who would do such a thing to cover up the sex smell?

Was it that hard to just take a shower like normal people??!? And were their girlfriends/wives really that dumb to think that they were eating burritos without pants?