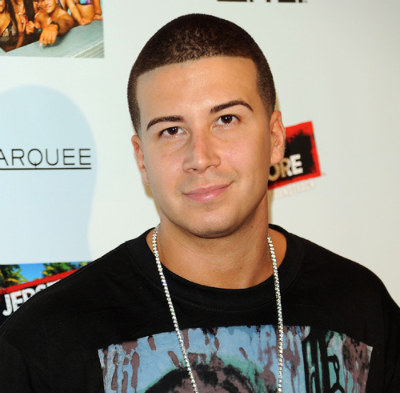 I am seriously not proud that I know any of the names of the people on Jersey Shore. Actually I’m not even proud that I’ve ever heard of this show or know what GTL stands for. But, I can tell you one thing, it’s not because I’ve watched the show. Nope, not one iota.

Anywho, apparently this kid Vinny Guadagnino is seriously packin’. So much, in fact, that they want to make a cast of his *junk* so that other girls can enjoy.

Playgirl has apparently offered Vinny $30,000 to make a cast of his manhood so they can reproduce it as a sex toy.

Guess Snooki was on to something when she told us the other day that Vinny should “get a mold of his penis and sell it to everyone.” For those not in the Jersey Shore know, Snooki has made no secret about how well-endowed she thinks Vinny is after they hooked up during the making of season two.