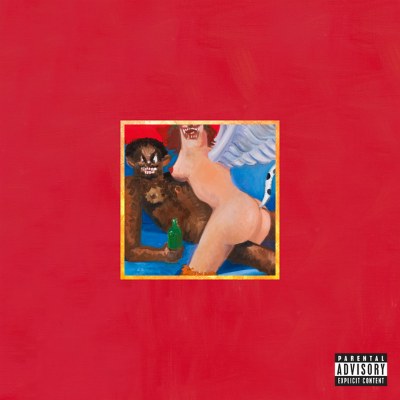 Apparently, Walmart still has a stick up their collective butts, because they just laid the ban hammer down on Kanye West for his new album art.

Kanye is set to release his new album, My Beautiful Dark Twisted Fantasy next month and has just revealed the album cover art. Much to all of our surprise, Walmart didn’t care for it much.

He tweeted, “Banned in the USA!!! They don’t want me chilling on the couch with my phoenix! http://twitpic.com/2ykxjk” along with the photo above.

Commenting just a few minutes ago, he added, “So Nirvana can have a naked human being on they cover but I can’t have a PAINTING of a monster with no arms and a polka dot tail and wings.”

The man has a point. What do you think?