Was Jersey Shore Stolen From Creator? 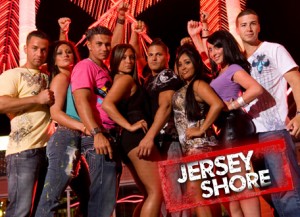 MTV has been accused of ripping off the idea of Jersey Shore from screenwriter Christopher Gambale.  This dude claims that he sent MTV his idea in 2006 with  “Guidos: The Reality Series” back in 2006 which focused on “stereotypical guidos and guidettes” doing things like “GTL before hitting the clubs.”

Chris says he never got a response from MTVuntil he threatened to sue them.  What he got back from MTV was letter explaining the the concept of portraying stereotypical Italians was not his but existed in such public forms as “My Cousin Vinny,” “Saturday Night Fever,” and “Growing up Gotti.”

TMZ reports – MTV also claims they’ve been in the business of guidos since 2004 — when they ran a special called, “True Life: I’m a Jersey Girl” … which featured “tan young men with spiked hair and tight shirts.”   MTV is demanding Gambale better not file a lawsuit … or else they’ll hit him with all the legal firepower they’ve got. Gambale tells us he’s not afraid.

MTV claims they ran a similar show as far back as 2004 entitled “True Life: I’m a Jersey Girl” featuring tanned guys with spiked hair, tight shirts, etc.   MTV is threatening to go after Chris with the legal arsenal if he sues them.  I’m rooting for Chris Gambale.