What is America Coming To? Levi Johnston To Run For Mayor On Reality TV 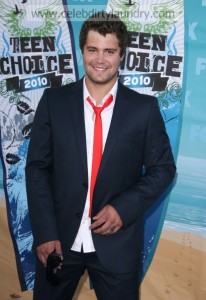 This is just too much – I don’t care if you are independent, republican, or democrat – you can even be Canadian (LOL) but can you stomach having our democratic process subverted by money grubbing TV producers?   I can not tolerate this and I would like to see people everywhere speak out against this and boycott such garbage.  Setting up Levi Johnston to run for Mayor of Wasilla, Alaska and making the procedure part of a reality TV show should be absolutely illegal.   It makes a joke out of our most important right – our ability to elect our leaders free of undue bias or prejudice.  Maybe the next Presidential election will become another TV show as well – kind of like “Survivor – Washington, D.C.”  Anyone stupid enough to vote for someone who allows themselves to be made a fool of like Levi Johnston should sacrifice the right to vote at all.

As it is, the media has an overwhelming and often biased effect on people’s voting decisions but turning the election process into a “for profit” enterprise run by the media/private enterprise is simply going too far.  I’m sure some clever constitutional law experts can find grounds to prevent this travesty from taking place.  And is it not a shame that we can not rely upon our corporate leaders to boycott such shows as these?  Without sponsorship ideas such as these will be stillborn – a fate they clearly deserve.

The ability to elect leaders using a fair and unbiased system is truly the key to the USA’s undeniable claim to be the most successful democracy in history – in fact the most successful nation in history.  How can we for even one minute consider allowing a TV show to take over and dominate the electoral process?  Where are the assurances that media must offer to present a balanced coverage of all elections and the candidates therein.  I find this whole Levi for Mayor thing extremely disturbing even though on many levels it is also absurdly comical.  Normally, something this silly I would just let slide but because this obscene enterprise tampers with our most important democratic institution – free and fair elections – we must do our best to stop it before it takes off.