White House Crashers on the Real Housewives of DC ‘Finale’ 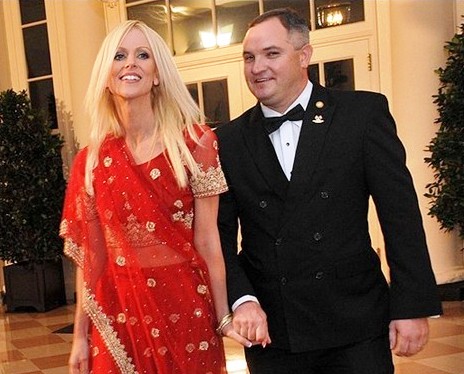 The DC Housewife White House crashing episode has finally arrived, and won’t be anything short of dramatic for us tomorrow. Here are some previews to whet your appetite, enjoy!

You won’t want to miss the aftermath of President Obama’s first White House State Dinner last November and the ensuing media frenzy surrounding the event.   In the finale episode, the other housewives learn, along with the rest of the country, of the events of that night and the questions swirling around whether fellow housewife Michaele and her husband Tareq Salahi had been officially invited to the State Dinner.   The episode captures the reactions from Stacie, Linda, Cat and Mary as they hear the news, as well as Michael and Tareq’s initial response to the accusations by the media that their names allegedly were not on the State Dinner guest list. Real Housewives of DC *SUPERSIZED SEASON FINALE* 10/7 @ 9/8c

Immediately following the finale, Michaele & Tareq Salahi will join host Andy Cohen on Watch What Happens: Live at 10:15/9:15c to discuss the infamous night, their experience with the “Real Housewives” franchise and take live questions.

Reviewing the Infamous Dinner: Michaele Salahi and her husband Tareq go through pictures of the White House State Dinner.