“Whites” Not Allowed to Party With Jay-Z? 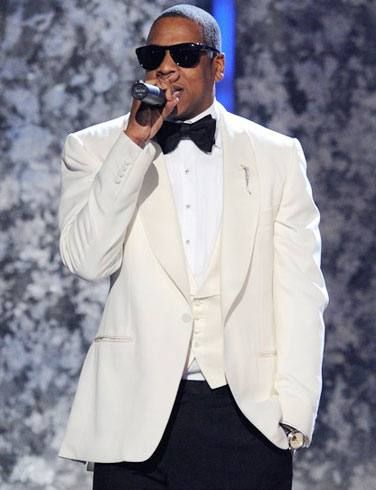 Jay-Z is coming under fire after the bouncers at his BRITs after-party allegedly prohibited white people from drinking with him in the VIP area.  Jay-Z was celebrating at merah Nightclub in London after his Best International Male Solo win at the BRIT Awards on Tuesday.

According, to the U.K.’s The Daily Star, the bash turned sour when security guards refused to let in white people at the event. A clubber told the tabloid, "The security guards were happy to let in all party-goers apart from the white people. Girls were being pushed from pillar to post and shouting at each other, yet the security bulldogs paid no attention, despite scenes of violence right under their noses."

Music reporter Kim Dawson added, "Jay-Z is a megastar and yet it was clear white people were not welcome in his VIP area. While the red rope was lifted for black guests to breeze through, let’s just say it stayed down if your face didn’t fit. Security didn’t care a jot as drinks crashed around heads. I feared someone would pull out a weapon if it meant getting an inch close to Jay-Z."

Apparently, not only the refused white people were unhappy with the party. Black celebrities Oritse Williams and Alesha Dixon were said to be unhappy with how the party was handled.

Dixon apparently told the Daily Star that night, "My friends have been getting knocked about and no one seems to care. I need to get out of here. I’d rather be at my local kebab shop Elsie’s right now than back inside with all that agro? What a horrible end to the night. I was having a blast at my record label party and now the mood is soured. I wish I’d never come."

Jay-Z was apparently unaware of the situation, and if he had known, he would not have been "happy by the actions of those on the night," another source told the tabloid.