Will Smith and Mark Wahlberg to Fight In Celeb Boxing Match? 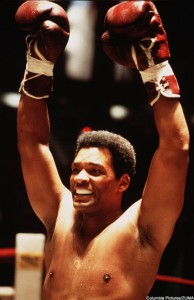 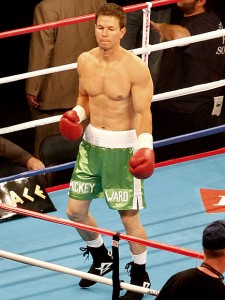 The Hollywood Boxing Federation has featured some questionable talent in the past including Michael Lohan, Rodney King, Jose Canseco and Danny Bonaduce but CEO Damon Feldman says that if Will Smith and Mark Wahlberg accept his offer of $1,000,000 each, the fight will be great.  The event, if it takes place, is scheduled for Febraury 26, 2011, in Vegas and will have a charity slant so that Smith and Wahlberg will be able to raise millions for their favorite charities – or so says Feldman.  One thing for sure – Feldman will raise millions for himself if the fight takes place.

Feldman said: “This will be a great opportunity for both stars to fight in the Superbowl of Hollywood boxing and to donate millions to their favorite charities.  It would be a great event too. Can you imagine?”

Both Smith and Wahlberg are trained by professional boxers – Smith for his role as Muhammed Ali in “Ali” and Wahlberg who currently plays Mickey Ward in “The Fighter.”  The two will be expected to fight three 1 minute rounds and Feldman says – “they will have a little fun duking it out” – “we don’t expect them to rip each others heads off.”  In any case, our money is on Smith.

I think that a celebrity MMA match between Brad Pitt’s soon-to-be and ex wives, Angelina Jolie and Jennifer Aniston, would raise even more money!