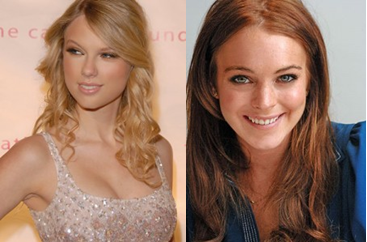 It seems  Lindsay Lohan’s legal problems may be giving her a spot of trouble and giving Taylor Swift her first big break.  The lead in Richard O’Sullivan new film One Night With You was originally offered to Lindsay because he wrote the movie with her in mind.   Taylor is said to be in the running to replace Lindsay since it appears that Lindsay is no where near fixing her problems.  Not such a difficult decision who do you want for the movie?  An actress with two stints in jail, failed drug tests and new pics of her shooting heroin or a squeeky, clean cut actress?  Hmmm let me think now ;-) duhh..

If  Taylor gets the part it won’t be her first acting gig she was previously seen on CSI and in the film Valentine’s Day.

Hugh Jackman’s Back … and Jacked! Too Fab