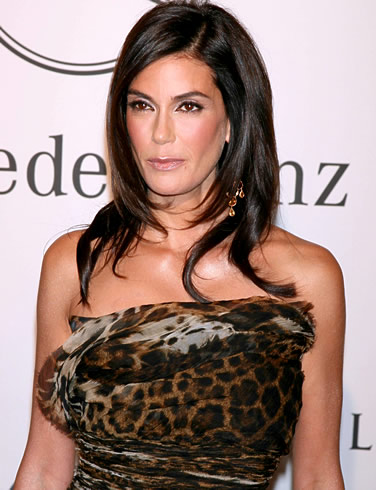 Officially kicking off its search for the year’s Favorite Web Celeb, Wonderwall.com and the People’s Choice Awards today named Teri Hatcher its first nominee as part of a campaign to identify stars generating the most online buzz. The campaign includes a new Web video series and monthly photo galleries on Wonderwall.com and will culminate at People’s Choice Awards 2011 where the fans will choose their Favorite Web Celeb.

Hatcher, who was singled out for her popular new Web site GetHatched.com, is now in the running to follow in the footsteps of Internet superstar Ashton Kutcher, who accepted the first-ever Favorite Web Celeb award at the People’s Choice Awards earlier this year. In the video series premiering today on Wonderwall.com at http://wonderwall.msn.com/tv/web-celeb-nominee-teri-hatcher-1724.video, Hatcher reveals the inspiration behind her site, dubbed “The Chick’s Guide to Life,” which provides funny and savvy tips on everything from relationships and wellness to style and beauty.

As part of the partnership, Wonderwall.com is publishing a monthly photo gallery  which features the celebrities who are making waves across the Web with tweets, viral videos, memes and more. The series will create a pool of candidates that will be narrowed down and ultimately become nominees in the Web Celeb Category at the People’s Choice Awards 2011.

“Celebrities are using the Internet to interact and engage with fans in ways that were never possible before,” said Saryn Chorney, managing editor of Wonderwall.com. “From the ‘Get Betty White on SNL’ Facebook campaign to Conan O’Brien storming Twitter, the Internet is now at the center of pop culture, and we’re thrilled to be working with the People’s Choice Awards in celebrating these trendsetters.”

“Last year Ashton Kutcher beat out Andy Samberg, Miley Cyrus, P. Diddy and Will Ferrell when the fans voted him the first ever Web Celeb,” said Fred Nelson, President of the People’s Choice Awards. “With this new video series on Wonderwall.com fans can get an inside look at what their favorite celebrities are doing online and vote for them later in the year.”