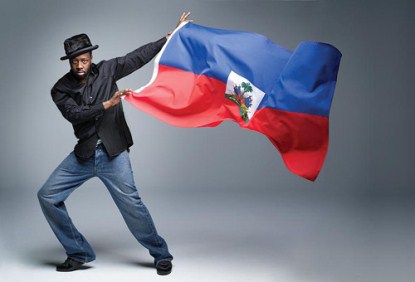 First Wyclef Jean wanted to run for Haitian President but was kept out of the race by underhanded tricks – then he tried to vote and was denied even that!  Eventually Jean managed to cast his ballot but claims the election was marred by violence and fraud.

So what is new?  Haiti has NEVER had a free and fair election or a true democracy.  It has a history of horrible corruption, repression, violence, official torture and murder – in short it has always been a hell hole.

In a series of posts on his Twitter.com page, he writes, “This election is not going in the right direction, voting at (a) school on Delmas 3 just stopped due to violence. Election fraud has begun!… They cannot find my name on the list and even though I have an observer card signed by the CEP (Haiti’s Provisional Electoral Council) they did not allow me to vote.”

Does anyone think that now that the country was destroyed by an earthquake that things would improve?  Wyclef Jean is naive and self-interested – to think that he would be allowed into Haiti to upend the clandestine power structure take over control shows a complete lack of political and historical understanding.