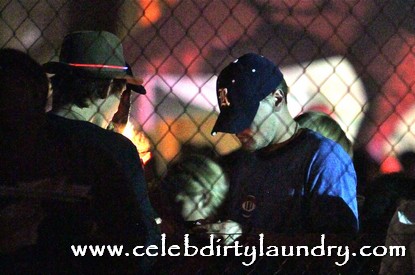 The Coachella Music Festival is a magnet for celebrities and Day 2 was no exception.  Yesteday showing his face or trying not to was Leonardo DiCaprio, 36,  who was trying to stay low-key with a baseball cap pulled down low at the 2011 Coachella Valley Music and Arts Festival – Day 2 in Indio, California.

Katy Perry, 26, was surrounded by friends at the festival while she walked around before the performance.  She was also seen the over at the Lacoste Live Pool Party where she talked with musician Kenna and DJ Mia Moretti.   Hubby Russell Brand was not with her at the festival.