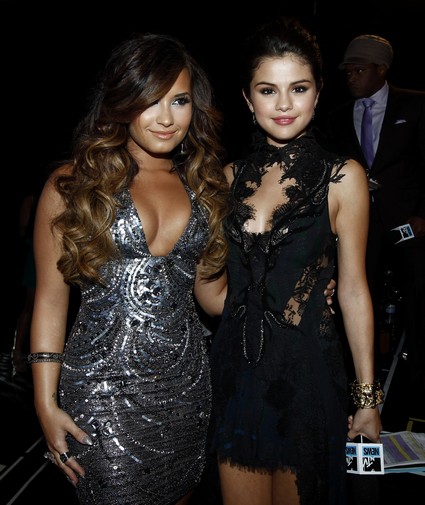 The MTV Video Music Awards, are being  broadcast live from the Nokia Theatre in Los Angeles tonight August 28th, 2011.  Of course we have all the red carpet arrival pictures for you.   The pre-show is being hosted by Selena Gomez who tweeted as she arrived:  “So excited to be co-hosting @MTV #VMA preshow!!!! Have some exciting interviews coming your way. See you guys soon.”

The show is is notorious for antics, unscripted interruptions, confrontations and attention-grabbing stunts.  Who could forget the Kayne West/Taylor Swift year.

Tony Bennett will lead the tribute to Amy Winehouse who never appeared on the show.  Her last known recording was with the 85-year-old crooner on his upcoming “Duets II” album.  Rumor has it Amy’s parents may make an appearance.

Click on the thumbnails below to enlarge the pictures!