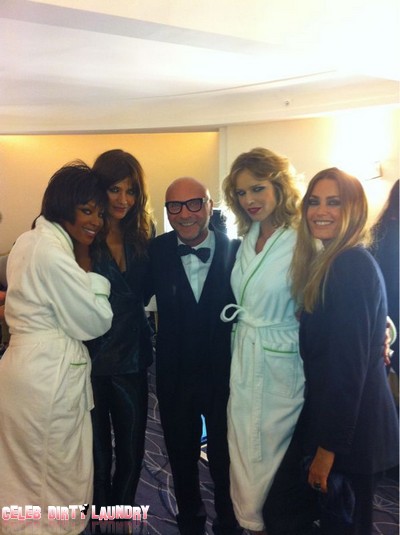 The supermodels not only reunited for the cover but they have also been busy appearing in the new music video for Duran Duran’s Girl Panic.  The video was filmed in central London “at a posh hotel,” with Crawford riding in the back of a Rolls Royce and the supermodels performing as the band.

Harper’s Bazaar editor Lucy Yeomans tweeted about the shoot: “Longest, latest Bazaar shoot in history. Didn’t start on cover til 1am & got home at 4, but utterly worth it. One more day to go… This has to have been one of the most extraordinary days of my life. A little bit of fashion history made!”

The video is expected to premiere later this year.