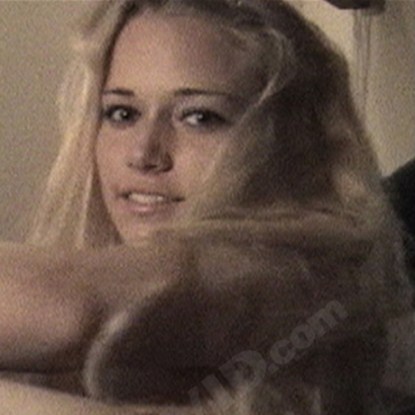 An explicit 45-minute long sex tape starring Kendra Wilkinson and Taryn Ryan is about to be released.  Having lots of experience in the Playboy Mansion, filming ‘The Girls Next Door’ with Hugh Hefner, Kendra certainly knows that sex sells.

Less than a year after Kendra’s home-made sex tape with ex-boyfriend Justin Frye became an instant success, earning a bundle for Kendra, the new tape is coming out.

Kendra was outraged publicly about the release of the first sex tape with Justin – but as we know now the hypocrite secretly signed off on the deal and received an enormous payday from the distributors, Vivid Entertainment.

What does her husband, Henry Randall “Hank” Baskett III, think?  Nobody cares!