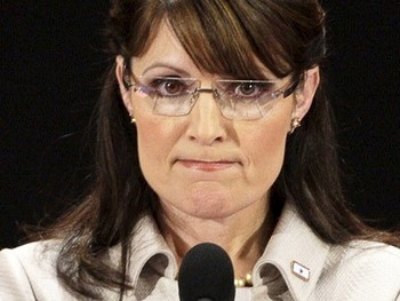 Sarah Palin has given all women in the country a ton of reasons to be ashamed. She has glorified the celebrity lifestyle, as opposed to her political ambitions as Governor, she has shot wild animals from a chopper and she reads every magazine ever printed — So what’s not to love?

So when the Washington Post decided to opt out of any Palin related coverage as a moratorium for the month of February, we had to laugh. Dana Milbank reports:

But today is the first day of the rest of my life. And so, I hereby pledge that, beginning on Feb. 1, 2011, I will not mention Sarah Palin — in print, online or on television — for one month. Furthermore, I call on others in the news media to join me in this pledge of a Palin-free February. With enough support, I believe we may even be able to extend the moratorium beyond one month, but we are up against a powerful compulsion, and we must take this struggle day by day.

We may not be able to honor the moratorium against posting news about this media troll. She does stupid stuff just for the publicity and she had her own television show. People are unfortunately thinking that she’s going to plan for a Presidential run in 2012, so she’s probably going to use that for media attention. Besides that, if she gets wind of this ban on any news related to herself, she’ll probably do some pretty stupid stuff.

So just beware, we’ll try to keep our reporting on her short, but if she does something completely crazy, we’ll be all over it.

Are you tired of hearing about Sarah Palin?