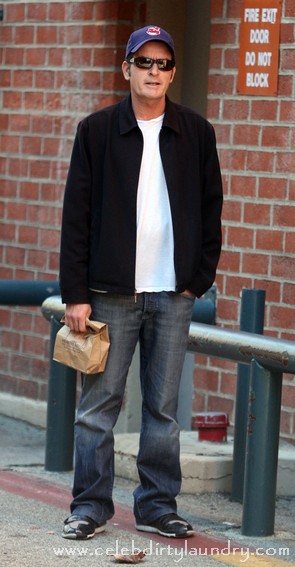 Due to the absence of a morals clause in his contract, Charlie Sheen cannot be fired from “Two and a Half Men” for any of the wild partying in which he engages.  Doing drugs, hiring prostitutes, getting arrested, etc. is all fair game for party hardy Charlie – PHC.

Charlie has never had a morals clause in his contract, which if it were there, would allow Warner Bros. to fire him if he engaged in improper conduct that reflected badly on the show.

The tons of Cocaine and dozens of prostitutes PHC buys would probably meet the criteria for giving him the boot, but Charlie cleverly masks his insane behavior with classic lines like “That’s my personal life.”

According to a source, PHC goes on to say  ‘My contract protects me. They can’t fire me.”

Sources claim Charlie is saying he wants to go back to work next week, but unfortunately it takes longer than that for the show to get ready for production.