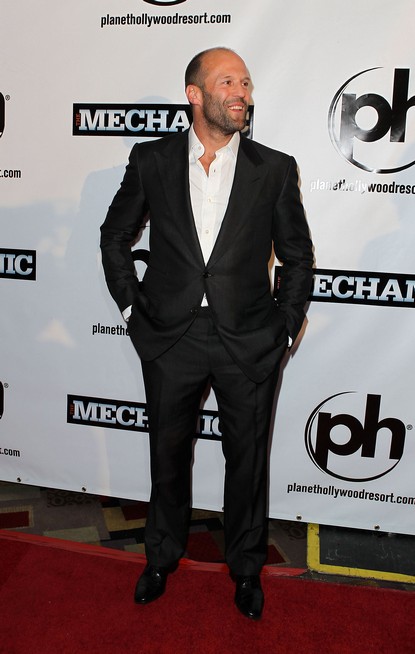 Hot action star Jason Stratham, 43, arrived on the red carpet last night at the premiere of  ‘The Mechanic’  in Las Vegas last night in his own car.  The movie is a remake of the 1972 Charles Bronson movie.  The movie follows an elite hit man as he teaches his trade to an apprentice who has a connection to one of his previous victims.

Jason said about the movie “This is a gritty thriller. It’s a very adult film. A lot of the action films I might have done before are certainly diluted in someways.  They’re for a younger crowd. This is definitely for a grown-up crowd.”

Other celebs who attented the event are: Holly Madison; Randy Couture and Joey Fantone.  What do you think will you go see the movie.  I saw him in “The Expendibles” and he was great!