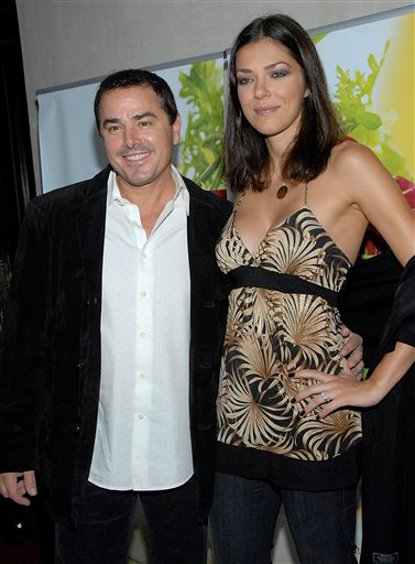 Adrianne Curry, an America’s Next Top Model winner, and Christopher Knight (AKA Peter Brady from The Brady Bunch) have just purchased their first class tickets to splitsville. After spending nearly six years together, the couple, once thought to be a match made in reality TV-relationship heaven, has decided to part ways.

Knight met Curry while filming the Surreal Life–that show that documents the lives of washed-up actors as they all attempt to live under one roof. Later, the two brought their wedding and borderline rocky relationship to another reality show, My Fair Brady.

I realize this isn’t the most “exciting” Hollywood breakup, but we have to work with what we’ve got. Unfortunately, all the super classy stars are getting along with each other and striving to preserve their celeb relationships (wait, that’s a good thing, right?).

A rep for the couple issued a long statement about the separation. Here’s a snippet:

“After starting a relationship with what seemed to be irreconcilable differences, the couple has reached a period where those differences are no longer appreciated,” their rep said in a statement . . . The decision was mutually reached after it became clear to both that some perspective was needed in order to assess their unique union. Not unlike all marriages, work must be put in.”

If you’d like to read the full statement, click HERE. And, to add some spice to this somewhat boring breakup, use those prophetic powers of yours to tell us who you think will be receiving the next big Hollywood break up treatment. Leave your comments below! (My bets are on that Twilight couple. . .)