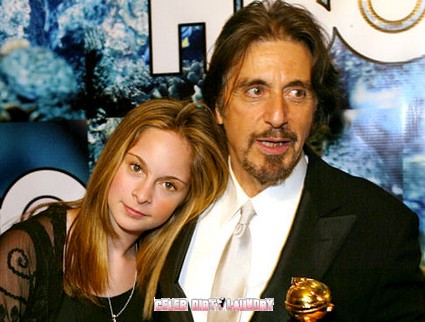 Julie Pacino told cops she downed three beers and “smoked weed at home” after her 2009 black Mercedes-Benz was stopped at a police checkpoint on West Houston St. near Washington St. about 1:20 a.m., prosecutors said.

TMZ has the more: Pacino, an aspiring film director, was busted at a checkpoint in lower Manhattan shortly after 1:00 AM. Her blood alcohol level was above the legal limit and she was booked into the Manhattan Detention Complex pending arraignment.

Julie Pacino graduated from Tappan Zee High School in suburban Rockland County in 2007 and went on to the University of California at Los Angeles.  No statement has been released by Al Pacino’s rep yet and Julie is currently being held at the Manhattan Detention Complex.