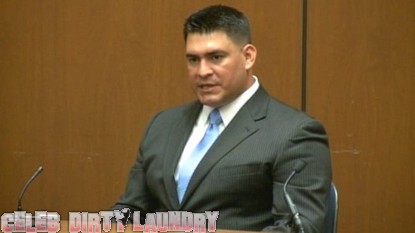 Michael Jackson’s former bodyguard, Alberto Alvarez, took the stand today in the manslaughter case against Dr. Conrad Murray. During the course of his testimony, he related how Dr. Murray performed CPR on Michael. He said that the doctor performed mouth-to-mouth resuscitation on Michael, and he’d never done it before — but he had to, because MJ was his friend.

He also related that he called 911 in order to get the paramedics to the scene as quickly as possible. As the 911 call was played, he seemed emotional.

Afterward, he said that Dr. Murray grabbed a handful of vials from Michael’s bedside. He gave them to Alberto, instructing him to place them in a bag before the paramedics arrived. He testified that he was also told to take one of two saline bags that contained a milky white substance and a vial of medicine. These were items that he assumed they would take with them when Michael was taken to the hospital.

It’s not looking good for Dr. Murray. Have you been following the testimony? What do you think of the Prosecution’s case against the doctor so far? Sound off in the comments!