Alec Baldwin Gets Kicked Off A Plane For Playing Phone Scrabble 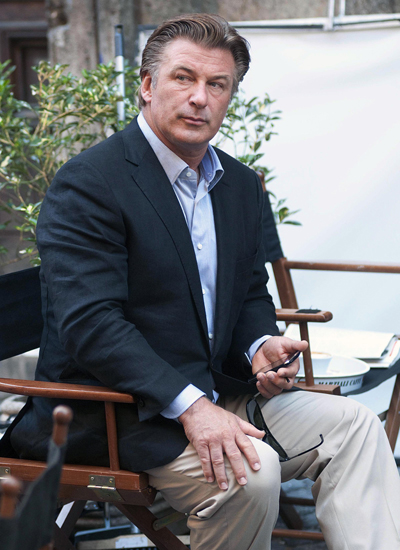 Prolific Tweeter and 30 Rock star Alec Baldwin was not a happy camper when he was recently kicked off an American Airlines flight at LAX – Not for being too drunk (like country singer John Rich was this week) or urinating on-board (à la Gerard Depardieu in 2011) but for merely playing the online Scrabble game, Words With Friends, on his phone!

According to Newsday.com, the 53-year-old actor was removed from the plane after not following a flight attendant’s instructions to turn off his phone.

“Flight attendant on American reamed me out 4 playing WORDS W FRIENDS while we sat at the gate, not moving,” Alec Tweeted after he was forced off the plane.

“Now on the 3 o’clock American flight. The flight attendants already look…..smarter,” he Tweeted, continuing the rant.

Alec also swore that he would never fly American again, despite the fact that they play 30 Rock episodes on their flights.

He later wrote: “United shud hav app onboard where u can play WWF w other passengers. American shud have app where u read the new testament w flt attendants,” adding the hashtag #theresalwaysunited to his Tweets.

Lesson learned: Don’t mess up Alec Baldwin’s travel plans, or he will make sure the entire Twitterverse knows about it!