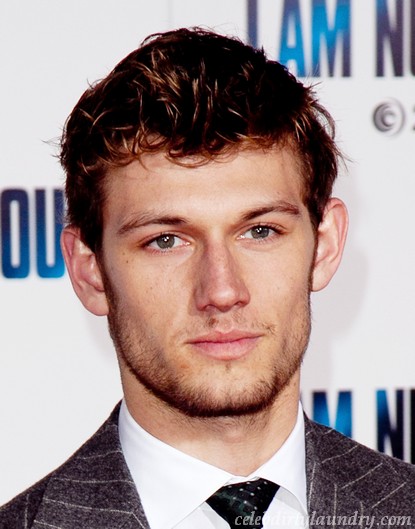 I’ve got to admit, while I’ve heard of Alex Pettyfer and have noted how hot he is previously, I wasn’t quite sure what he’s famous for. So I Googled him. Such a pretentious douchebag has to come from somewhere, right?

Wikipedia informs me that his claim to fame is basically dating Diana Agron and appearing in the new Vanessa Hudgens flop, Beastly. While not so much a newcomer to the world of showbiz, he certainly isn’t coming off as grateful that anyone knows who he is.

In his VMAN interview, he revealed that he has a tattoo above his crotch that says “Thank You”, as he explains, “In case I forget to say it.” Wow, really?!?

When speaking of Los Angeles, he said, “L.A. is growing on me a little bit, but it’s still a sh**hole. I think it’s this insidious pool where nearly everyone lives in fear. Geographically it’s fantastic, but socially it’s disgusting. I wish they’d run all the c**ts out.”

He also revealed that he’s not a fan of red carpet events, saying, “I really don’t give a s**t about any of that. I wish I had some interesting stories about living in L.A., but mostly I just do my work and then go home.”

Does he like anything? Even acting?!?? He added, “Being an actor is like being in prison. You go, you serve your time, you try and replicate Johnny Depp’s career and then you move to Paris.”

Wow. Does he have a future in Hollywood after all of that?!??