Alex Trebek A Hero By Chasing Down Burglar! 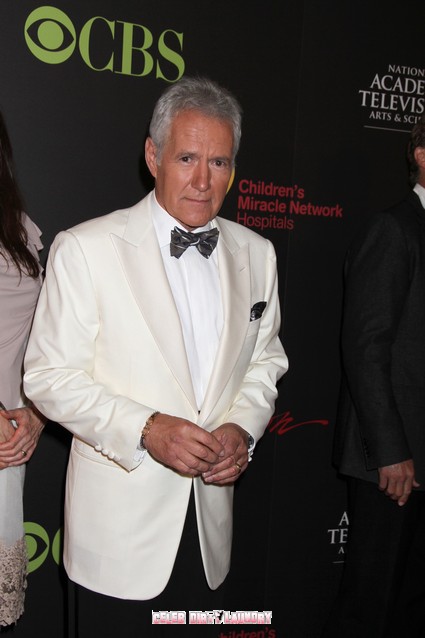 We’ve known him as the host of the long running game show Jeopardy, but now the 71-year-old is being hailed as a hero as he attempted to chase down a burglar from his San Francisco hotel.

Alex Trebek was in town to host the National Geographic World Championship event – only to show up in crutches! Fans were soon informed by Trebek himself the reason for his foot injury.

He had awoken in his room early that morning on Wednesday to find a woman attempting to steal personal items and cash. Huh? Things like this don’t happen to our favorite host!

How this woman came to be in his room, I have no idea – but in it she was, and Alex wasted no time to chase the woman out of his room – snapping his tendon in the process. Did he catch her you ask? No – but based on the details he told the SF police, a woman fitting the description was later apprehended. Although his foot injury is mild, compared to what could have happened (imagine she had a weapon? I shutter at the thought), things could have been worse.

Oh Alex, you truly are my hero. Knight in Shinning Armor for $500 please!