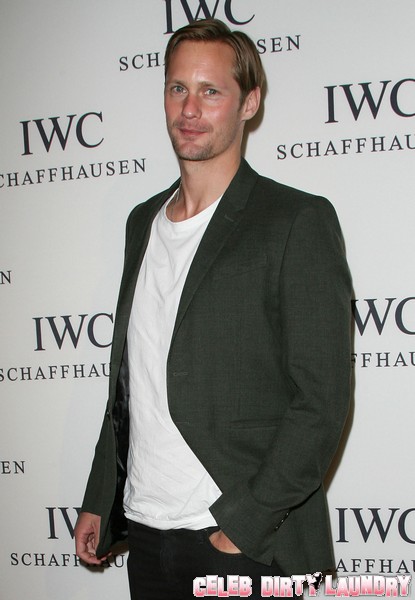 Alexander Skarsgard and Kate Bosworth have split up! Who even saw that one coming?!??

It won’t be long, Eric Northman, until you are MINE! Ha, I said that in my best vampire voice. Eric is hot, so my guess is that he won’t be single for long. Let’s think, who should nab this fine piece of man hotness?

The former couple were together for two years before calling it quits. A source said, “It was very mutual. And it happened a while ago.”

Alex has been said to be enjoying his newfound freedom. He was spotted at Comic-Con last week, flirting with a brunette. He even left the party with her!

A spy said, “He’s single and he is loving the attention!”

I bet he is! Hey Alex, when you get done with those Hollywood bimbos, feel free to give me a call. You can bite me anytime you want!

I wonder what caused their split? Did they just get bored and call time on their relationship? I’m glad for him, if he’s happy. He can do better. Don’t you think?