All Of The ‘American Idol’ Judges Are Returning! 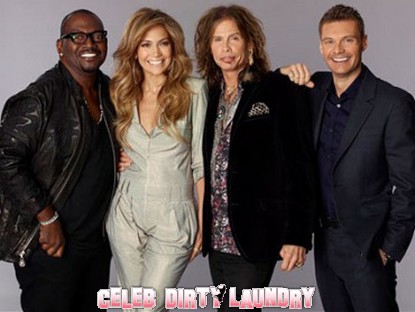 There has been a lot of commotion surrounding the judges on American Idol, but we’ve learned that Randy Jackson, Steven Tyler and Jennifer Lopez will ALL be returning for another season of the hit talent competition!

In addition to the judges, the show’s host, Ryan Seacrest, will also be returning this coming season. Of course he will, he knows where the money’s at, right?

Jennifer was said to have made $12 million from her first season judging the show, but rumors have surfaced that she was asking for $20 million for her second year. Steven made $10 million for his two-year contract, but we’ve heard that he was miffed about not getting a raise. All is well now, however, because reportedly the Aerosmith singer was also given a raise in pay.

The show’s executive producer, Nigel Lythgoe made the announcement earlier today on Ryan’s radio show, saying, “I am delighted to say that all three judges, along with the brilliant host of ‘American Idol’ are back for the next season.”

Will YOU be watching the show? We sure will! We’ll be counting how many creepy looks Steven gives the contestants while he flirts with them constantly. Charming or creepy? What do you think?