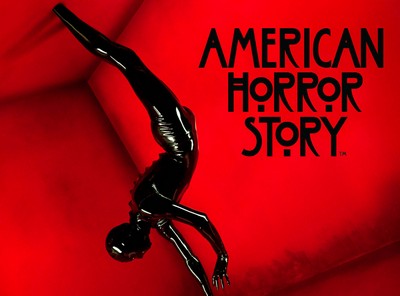 Episode two of the new thriller flick American Horror Story on Fx is back on tonight for another hour of creepy ghostly head scratchers. This week’s episode brings Vivian and Violet into a dangerous situation oddly familiar of a past event. Ben decides to head back home to Boston to fix a mistake.

Last week Ben Harmon, played by Dyan McDermott, is a psychologist that moves his family, wife Vivian Harmon, played by Connie Britton, and daughter Violet Harmon, played by Taissa Farmiga, to the westcoast to escape a troubled past. They think they have found a diamond in the rough when they buy a house that is huge and half the price of most of the houses in the neighborhood. What they didn’t know was that the previous residents have not spiritually left the house.

After moving in they meet a few strange characters. The odd maid who claims to have been the maid of the house for years, Moira, played by Jessica Lange, and Alexandra Breckenridge, more or less sells herself to Vivian in order to be hired on. What Vivian didn’t know is that Moira has a dark side to her personality, literally.

Constance, played by Jessica Lange, shows up in the Harmon’s home uninvited with her developmentally disabled daughter, Adelade. Adelade has a sick fascination with the house and it’s invisible inhabitants. Constance seems to have more to do with the strange happenings going on in the house than meets the eye.

Ben’s first patient is a young teen, Tate, played by Evan Peters, that has some serious mental issues that he is having trouble controlling. Unfortunately, Ben’s teen daughter is curious about Tate and makes friends with him.

Ben realizes that he is being spied on by a strange deformed man and attempts to make contact with this gentleman to find out why he is watching his family. While out for a run, the man follows him and Ben manages to trick him in order to find out what he is up to. Larry Harvey, played by Denis O’ Hare, is the stranger with terrible burns covering 70% of his body. He tries to warn Ben that he must get his family out of that house before it’s too late. But Ben doesn’t listen……

Stay tuned in for the live recap!