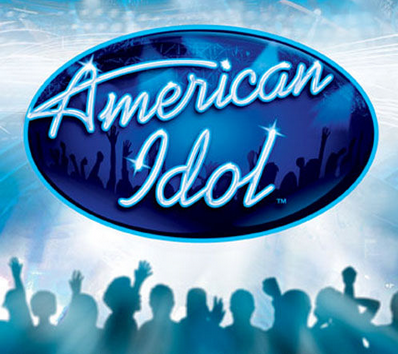 Our guess blogger Rosie from Fit Fab Celeb will be covering American Idol for us each week.  So without further ado…take it away Rosie.  Here’s your American Idol 2011 Top 12 Guys in order of when they performed and their song choices; the guys picked songs from their musical idols.

Clint Jun Gamboa: Superstiti – Stevie Wonder – Terrible for someone who was a judge favorite. He’s probably going home quick anyway, people hate him for what he did in Hollywood week. Jerk.

Jordan Dorsey: OMG – Usher – Takes off his jacket, girls go wild! He picks an Usher song and falls flat. Tyler said he had the moves, but that’s it. Lopez said it is not what he is as an artist.  The Dawg said it was pitchy.

Brett Loewenstern: Light My Fire – the Doors – All the judges love it, he didn’t light Fit Fab’s fire. Boring. At the end, Brett hugs Ryan and sais he loves him? Is their a bromance brewing?

James Durbin: You Got Another Thing Comin’  JUDAS Priest – Tyler loved it, called him ‘over the top’. Lopez loved it too, called him organic and insane. The Dawg was blown away. Fit Fab thought he was great, but didn’t get the tail he was wearing.

Robbie Rosen: In the Arms of An Angel -Sarah MacLachlan – Lopez said all the notes weren’t perfect but it was a good accomplishment. The Dawg didn’t like it, the notes were pitchy. Fit Fab declares another bore!

Scotty McCreery: Letters From Home – John Michael Montgomery – Tyler said he couldn’t have picked a better song, beautiful. Lopez said he was born to sing country music and The Dawg thought it was cool. Fit Fab loved it!

Stefano Langone:  Just The Way You Are – Bruno Mars –  Tyler said he gave it up, loved the way the vein popped in his forehead. Lopez loved it and called it natural. The Dawg felt like he was in a concert. Fit Fab is wondering what they liked about? R yan asked who he was singing the song for and Stefano said he was signing it for the ladies! Good suck up for votes.

Paul McDonald: Maggie Mae – Rod Stewart – Fit Fab is probably one of the biggest Rod Stewart fans ever and we honestly found Paul to be pretty refreshing, he sang the song well but he gets weird on stage. Tyler said he has a character in his voice and he enjoyed the McDonald Two Step. Lopez loved it, said he lights up the whole place. The Dawg found it really unique, called him quirky and different.

Jacob Lusk: House Is Not A Home – Luther Vandross – Tyler called it divine intervention that brought Jacob to the stage and said he was honored to hear him sing. Lopez loved it and The Dawg said Luther would be so proud. Fit Fab love it too!

Casey Abrams: – I Put A Spell On You – CCR – Fit Fab just finds this guy creepy with the beard, sang good though.  Tyler loved the notes and called it as good as it gets.  Lopez called him sexy? The Dawg loved how Casey transformed himself into the song.

Come back on Wednesday night, for the girls recap. The show airs from 8-9:30 pm with a two-hour results show on Thursday.