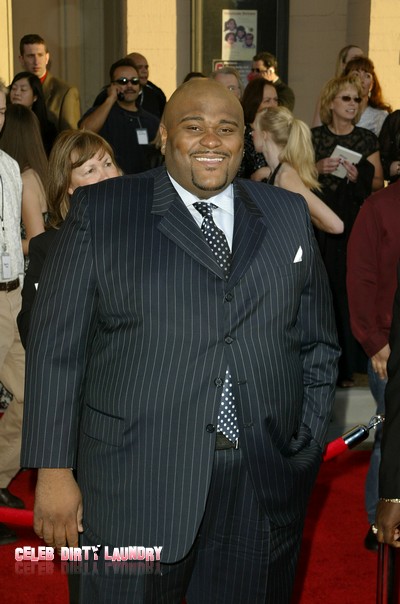 Is there something in the water?  I’m serious.  First Kim Kardashian and Kris Humphries (ok, ok, no big shocker there), then Ashton Kutcher and Demi Moore – and now Ruben Studdard’s marriage has crumbled?

So not as hot at as today’s breaking news of Demi and Ashton, but still – another Hollywood marriage bites the dust.  Ruben, of the American Idol fame who won in season two, and his wife of 3 years, Surata Zuri McCants are ending their union citing ‘irreconcilable differences’.  What does that really mean anyways?  Obviously they have differences, why else would they be splitting?  Either way, the singer’s rep confirmed the divorce, and he’ll soon be back on the market ladies.

Wanna know how they met?  He was signing CD’s at a Wal-Mart and spotted the lassie only to follow her and grab her digits.  Oh Ruben, didn’t anyone tell you that this was a rookie mistake – Wal-Mart?  Really?  Well, all I can say is look on the bright side, 3 years is like, decades in Hollywood.  Go Demi and Ashton for making it to 6!