“American Psycho” Is Being Remade: Who Should Play Patrick Bateman This Time Around? 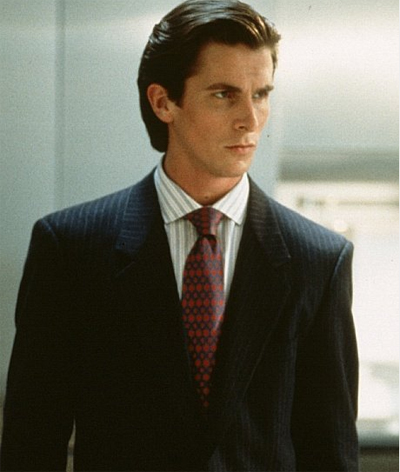 Although remaking a popular movie is nothing new in Hollywood, Is it too soon for a reboot of American Psycho, a film that’s only 11 years old?

According to Variety, Lionsgate is thinking of “taking another stab” (pun intended) at the popular 2000 film about a unhinged, yuppie serial killer, originally played by Christian Bale. However, unlike the first film, the remake will reportedly be set in current time and “explore how Bateman would fare in modern-day Gotham.”

And while the movie is reportedly in the early stages of development and casting has yet to be announced, here are our five choices to play Patrick Bateman, the film’s titular, knife-wielding character.

Ryan Phillipe: Not only did he show he could play an upper-crust psychopath to perfection in The Lincoln Lawyer, Ryan is only one-degree away from the original film. (His ex-wife Reese Witherspoon played Patrick Bateman’s fiancee in the 2000 version.) However, at 37 years old, he might be too old for the role, especially considering that Christian Bale was only 26 when he played the part.

Zac Efron: The 24-year-old actor is best known for playing wholesome parts in teen-friendly flicks like High School Musical, but what better way to break out of his squeaky-clean mold and show Hollywood that he’s ready for more grownup material than to take on a controversial role? Zac wouldn’t even need to bulk up for the part, as he’s already acquired a buff physique, thanks to his military role in the upcoming Nicolas Sparks tear-jerker, The Lucky One.)

Robert Pattinson: After seeing 25-year-old Robert play a mopey, love-sick vampire in the Twilight franchise and a mopey, love-sick college student in Remember Me, it might be wise for the British actor take a risk on an edgier role and prove that he’s more than just a teen heartthrob.

Ryan Gosling: From Blue Valentine to The Notebook, the 31-year-old former Sexiest Man Alive has shown that he’s one of the best, young male actors around. Perhaps playing a flashy role like Patrick Bateman would finally earn him a Best Actor prize at one of the major award shows.

Scott Disick: Ok, so, he’s not technically an actor, but we’re not the only ones who have noticed the eery resemblance between the 28-year-old reality star and the American Psycho character.