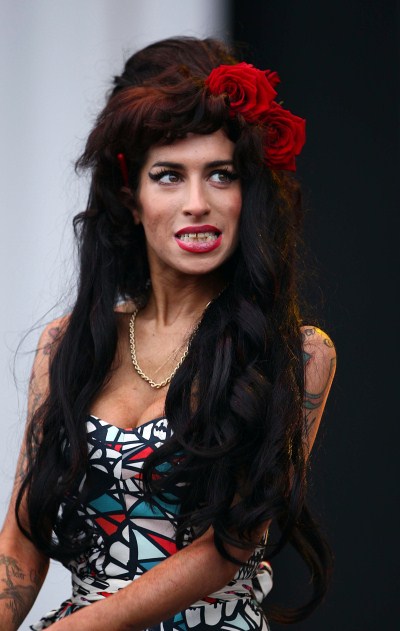 Amy Winehouse lost her life to alcohol and drug abuse but her emotional bond with her mom, Janis Winehouse, was strong enough to prevent Amy from doing any boozing around her.
Poor Amy was found dead at her London home in July – and a coroner’s inquest found that she was five times over the drink-drive limit when she died.  Sources say she had been on a multi-day drinking binge leading up to her death.
Amy knew well that she had a problem with alcohol  – but out of respect and love for her mother she wouldn’t drink in her presence.

Janis said: “Amy hated herself when she was drunk. She liked being in control and she hated what alcohol was doing to her. She could go for weeks without having a drink, but then she’d fall off the wagon.  She was like a little girl who just couldn’t resist putting her finger in the fan, even though she knew it was dangerous.”

“But she never drank in front of me. She loved and respected her family too much for that.  She was the type of girl who, before lighting up a cigarette, would ask, ‘Do you mind, mum?'”

“I don’t think for a second she ever thought she would die, or that alcohol or drugs would kill her.”

She told the Daily Mail newspaper: “I think what killed Amy was not just the alcohol, but the fact she was less than 98 pounds and just over 5ft tall.  Her body couldn’t cope with that amount of alcohol after three weeks of abstinence.  It was the lack of consistency; the stopping and starting again.”

“Everyone wishes for a peaceful death.  My only comfort is that Amy’s was peaceful.  I like to think she went to sleep and just didn’t wake up, so I hope she didn’t suffer.”

I think Amy’s mom has it wrong here – a person who resorts to severe substance abuse over an extended period is self-medicating – and that mean they are suffering very much.  I don’t buy the peaceful death theory although I understand why Janis needs to believe in it.