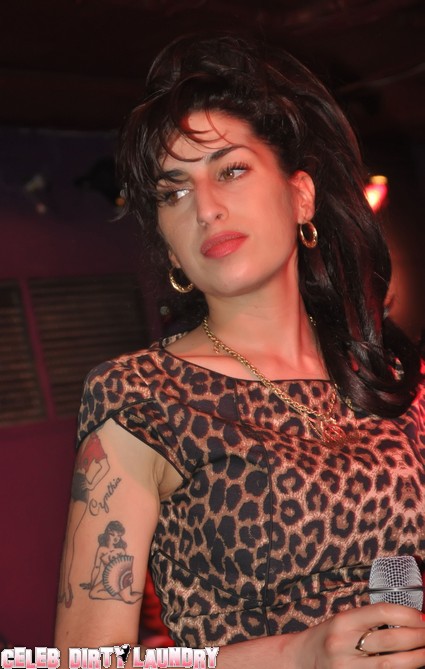 In a sad epilogue to the tragic life of Amy Winehouse we learn that the love of her life was nothing more than a highly paid whore. Evidence has emerged that Blake Fielder-Civil took everything her could from Amy and even demanded payments to cuddle up with the love-starved singer.

Blake Fielder-Civil was married to the tragic singer for two years before they divorced in 2009 and introduced the star to drugs. Friends say he used her obsessive love for him to get money to buy his cocaine and heroin.

A source said: “He’d charge her $250 just to kiss him and get near him. They’d be sitting, having a couple of drinks and she’d be trying to snuggle up to him. She’d say, ‘Give me a kiss, sailor.’   He’d do, ‘F**k off, Give me some money then’ – and she’d go, ‘Blake, Blake.’ He liked her but he didn’t love her.  She’d pay for him to get cabs to wherever she was. She’d pay $250 for a cab. This was the pattern throughout their relationship.”

Although Amy – who passed away at her north London home in July at the age of 27 – was worth an estimated $15 million in 2008, her fortune had dwindled to just $3 million by the time of her death.

Blake is currently serving a 32-month prison sentence for burglary and possession of an imitation firearm is desperate to convince people he was a good husband to Amy.

The source added: “He gets stick in jail because he is Amy’s ex.  He is in a dark place, feeling sorry for himself.  He talked about how much he did for her, buying a dozen bouquets on their first anniversary – one for each month they’d be married. He is trying to justify his behaviour. He’s trying to convince himself he was a good husband.”

Well I think we can agree that Blake does not fit the definition of a ‘good husband’ in any dictionary.