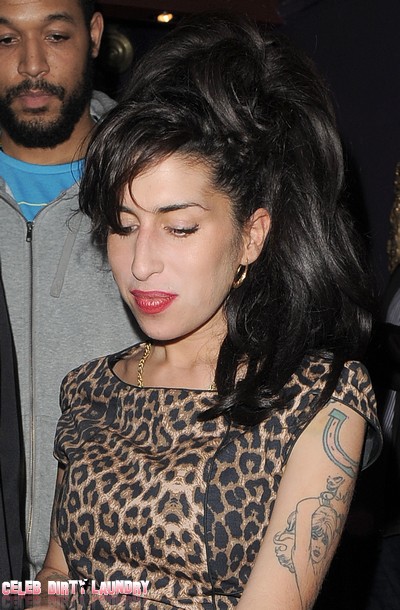 A posthumous album containing some amazing Amy Winehouse material will be released this December – and her dad says ‘I never realised what a true genius she was.’

‘Amy Winehouse Lioness: Hidden Treasures’ will feature never before heard songs by the Amy – who died unexpectedly in July as she was working on her third album. The album will also include covers Amy made during her career.

Among the songs included on the album are original ‘Between the Cheats’, an emotional never before heard track about her ex-husband Blake Fielder-Civil, and cover ‘A Song for You’ – made famous by Donny Hathaway – which Amy recorded in a single take while recovering from drug addiction in 2009.

After listening back to the album for the first time, Amy’s father, Mitch, told The Sun newspaper: “I spent so much time chasing after Amy – telling her off – that I never realised what a true genius she was.”

“It wasn’t until I sat down with the rest of the family and listened to this album that I fully appreciated the breadth of her talent. From jazz standards to hip-hop songs, it took my breath away.  One of the new songs on the album, ‘Halftime’, I’d never heard before. It is just incredibly beautiful.”

The album has been put together by Salaam Remi and Mark Ronson, producers who had worked with Amy Winehouse on her two albums, ‘Frank’, and ‘Back to Black’. They listened to thousands of hours of vocals recorded by the singer in order to pick out the songs for inclusion on the record.

Salaam said: “When I listened back you would hear some of the conversations in between – that was emotional. I believe she has left something beyond her years. She has put a body of work together that will inspire an unborn generation.  I’m blessed to be part of that process, to have known that person and to continue her legacy with this album.”

The album will be released on December 5, and $1.50 from every sale will go to the newly established Amy Winehouse Foundation, which is helping a number of children’s charities. Where does the rest go? The way Mitch Winehouse talks and promotes his late daughter these days you get the impression he might have ulterior motives… .

1. ‘Our Day Will Come (Reggae Version)’ – Cover of a doo-wop standard

3. ‘Tears Dry’ – Original ballad version of ‘Tears Dry on Their Own’

5. ‘Will You Still Love Me Tomorrow’ – Cover of Shirelles song

8. ‘The Girl from Ipanema’ – Cover of bossa nova standard

11. ‘Body and Soul’ with Tony Bennett – Cover of jazz standard