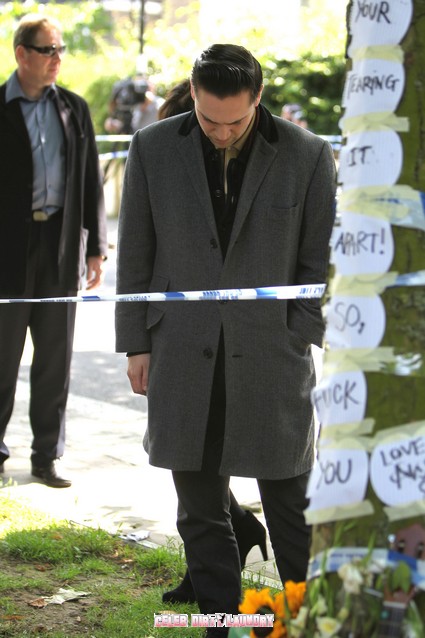 Amy Winehouse‘s boyfriend Reg Travis is absolutely broken-hearted and inconsolable – he is in a “really bad way.”  Reg had been dating the ‘Rehab’ hitmaker on and off for two years – and he is struggling to deal with his loss after the Amy was found dead at her home in Camden on July 23 at the age of 27.

Sam Shaker, a close family friend who hosted a party to celebrate Amy’s life at his club Jazz After Dark last week, said: “Everyone was enjoying that evening. It was a celebration of Amy’s life but Reg was just sitting in the corner drinking. He feels terrible and is in a really bad way.”

However, while Amy and Reg were talking about marriage, Sam explained her “heart was always a little” with ex-husband Blake Fielder-Civil – who openly admits to introducing her to drugs – and she still used to call him in prison on a regular basis.

Sam added to the Daily Mirror newspaper: “Amy and Reg had talked about being engaged but there was no ring. She wanted to be with Reg but her heart was always a little with Blake. I told her many times not to call Blake but they were always in touch.”

Reg recently admitted he had been going through “hell” since his “darling” Amy was found dead.

He said: “The last three days have been hell. We have suffered a terrible untimely loss and want peace.  I can’t describe what I am going through and I want to thank so much all of the people who have paid their respects and who are mourning the loss of Amy, such a beautiful, brilliant person and my dear love. I have lost my darling who I loved very much.”