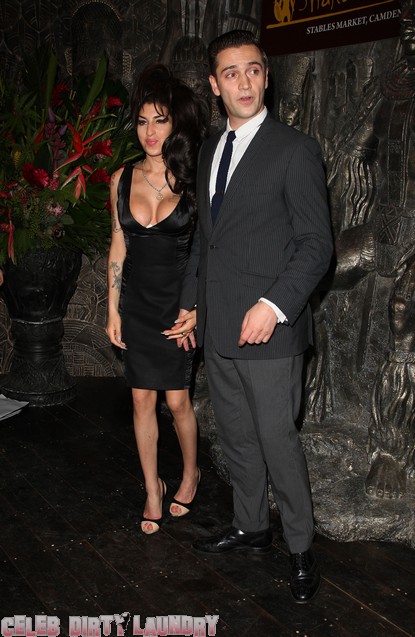 Amy Winehouse was gearing up to marry her boyfriend, Reg Traviss, before her untimely passing!

In a new interview with The Sun, Reg said, “We had spoken about getting married. She had spoken to members of my family about it. It is something that was going to happen.”

Reg also revealed that he and Amy were set to attend a wedding on the same day she died, and said he was devastated upon learning of the news that she’d passed away.

He said, “I had appointments on Saturday morning – normal things. A haircut, pick up shoes and my suit for the wedding. I was thinking it was a bit strange she hadn’t called. As I left the hairdresser, I saw I had a missed call from Amy’s security guy. She was always misplacing her phone, so I thought she had probably just borrowed his. When I got to the office I rang and spoke to the security guy. He just said, ‘Reg, something terrible has happened.’ You could tell in his voice. He said, ‘You better get here straight away’. And that was it. I dropped everything and went.”

So sad. Today, Amy would’ve been 28-years-old. Such a tragedy.