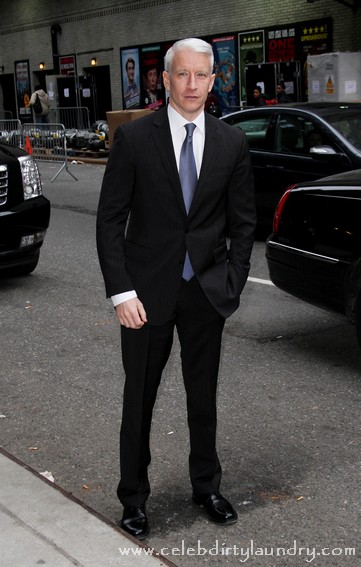 Anderson Cooper was in Egypt trying to cover the revolution.  After Anderson decided to go and interview the pro-President Mubarek people, but things went south and he was attacked.  Anderson is now talking to David Letterman on The Late Show With David Letterman about the incident that happened when he tried to talk to a a pro-Mubarak group

He said on the show:  “Our job is to talk to people on all sides but all of a sudden a guy went to grab our camera and from then it became a free-for-all.   People came from all around, surrounding us, punching us, kicking us, trying to rip the clothes off my female producer. We immediately, obviously, turned around and tried to walk back to a more secure location but they continued to follow.”

“My instinct is to punch back but I would start to slap back and realised this would make it worse. My adrenaline was pumping so much; I’ve never really been in a fight like this or been attacked by a mob like this.

“I was saying, ‘Calm down, calm down’ as if they could understand what I’m saying, which was sort of a waste of time…”

Anderson said he learnt a few words of the local language but instead of saying, ‘Peace, peace’ he had been shouting, ‘God willing, God willing’.   Probably not a good thing to be saying.  Thank goodness Anderson is home and safe now.