Andy Dick Snorting Up Some Cocaine At A Los Angeles Bar 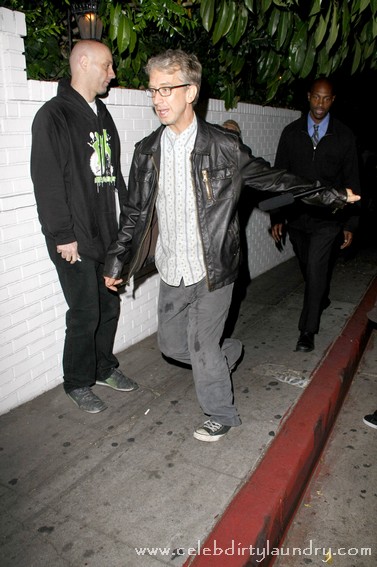 Andy Dick has been in one bad situation after another in recent months, and now the comedian has been photographed snorting cocaine at a Los Angeles bar.   See pictures HERE

Dick has become depressed and disillusioned with Hollywood and had been going on massive booze and cocaine binges in recent months.  The photos show Dick out on a drug party night and snorting the cocaine while in his car in a bar parking lot.   Dick was partying on February 24 at the Corner Club in Woodland Hills, CA.  The source said they walked into the bathroom and saw the star in the midst of a sexual act with an unidentified woman.

“I walked in and I saw that freak Andy Dick sucking on a woman’s (slang for breast)” the source said.  “They didn’t even care or acknowledge me,” said the source.  “He was all over her in the men’s bathroom, she was lifting her shirt and he was kissing her naked breasts.”

After about 15 minutes Dick and his friend went to a car in the parking lot where the source heard Dick say “give me the coke, give me the coke,” to his friend.  The star proceeding to snort cocaine off a CD cover while in his car, and while he was snorting the cocaine Dick’s friend lifted up her shirt and he continued to kiss her naked chest.

“They were in their own little world,” the source said about the pair who were sitting in the car with the door open in the bar parking lot while Dick snorted the cocaine.  “He was oblivious to everything except the cocaine and the woman with him.”

Dick was arrested in January 2010 for allegedly “unexpectedly and without invitation” grabbing a man’s crotch at a West Virginia bar and “repeatedly groping then kissing him.”  He was also arrested in 2008 for sexual battery after allegedly pulling down a teenage girls top outside of a Buffalo Wild Wings in Murrieta, California.