Angelina Jolie Ripped Off Plot For Her New Movie 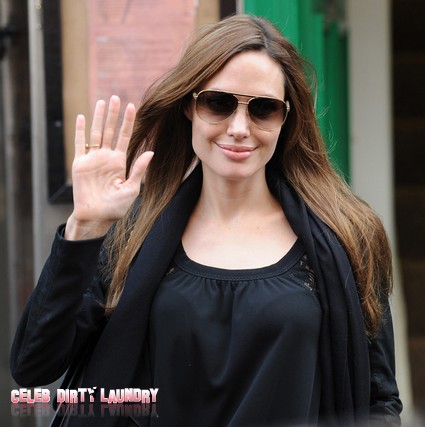 Angelina Jolie is being accused of stealing the plot for her new movie directly from James J. Braddock’s 2007 book The Soul Shattering – but she claims that she did her own research. James is a Bosnian-Croatian journalist and he is suing Angelina alleging that the film is suspiciously similar to his 2007 book. James provides a list of alleged similarities in documents filed in a US federal court.

Set during the Bosnian war in the 1990s, In The Land Of Blood And Honey tells the story of the unlikely connection made at a concentration camp between Danijel, a Serbian soldier, and Ajla, a Muslim woman. In statement posted on his website, James said Angelina’s “absurd” film “has the same basis as my novel,” which she “[dissected and reduced]… into a banal love story that would be impossible during the war.”

Angelina claims to have done extensive research to make the film as authentic as possible by quizzing the local actors and behind-the-scenes staff she hired for the project. Angelina told the new issue of Newsweek: “I wasn’t afraid to ask the DP [director of photography]. And I listened to my cast, most of whom lived through the war. I listened to their stories and tried to incorporate it into the work.”

Angelina claims: “[I] read a lot of books about the war. I talked to a lot of people, I watched, I listened. I just wanted to tell the real story. I wanted to be respectful of people. [If I did not know something,] I asked.”

But did Angelina read Jame’s book and perhaps subconsciously incorporate or absorb his plot into her own?

Are Jame’s accusations true? We’ll need to read the book and see the movie – then we will know.