Anna Wintour Desperate to Get Kate Middleton for US Vogue 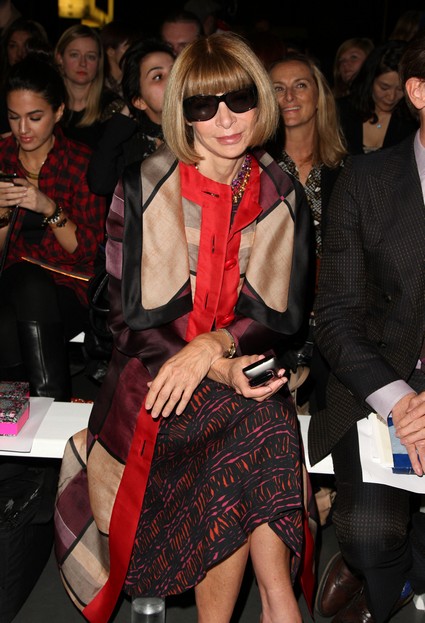 Anna Wintour is betting  Mario Testino to try convince Duchess Catherine (Kate Middleton) to appear in US Vogue magazine. Anna who is the editor of the famed fashion bible is a huge fan of the Kate Middleton – who married Prince William in April – and has reportedly approached photographer Mario Testino, who took the couple’s engagement photographs, to convince Catherine to work with the magazine.

A source told the New York Post’s Page Six: “Anna has been speaking to Mario about winning over Catherine. She is really pressing him to shoot Catherine for the cover. “Every magazine has been trying to get Catherine, and many assume it will eventually be Vogue. But even with the Mario Testino relationship, it is not clear when this will happen. The palace must approve it, and they are very protective of Catherine.”

The royal has previously turned down the chance to be photographed by British Vogue – for a pre royal wedding edition – but Anna is determined to persuade Catherine to appear in her magazine.

The source added: “The duchess turned down the chance to be a British Vogue cover girl before her wedding. It was reported British editor Alexandra Shulman had hoped she would be photographed by Testino for a wedding edition, but she declined the invitation.”

She may be a fan of Kate’s but I am sure this is more about selling magazines then about being a fan.  Imagine what a coup it would be for US Vogue to get the first US cover of the Duchess!