Another Stalker Tries To Break Into Madonna’s Home

BY Kinsley Goldman on March 14, 2011 | Comments: one comment
Related : Madonna 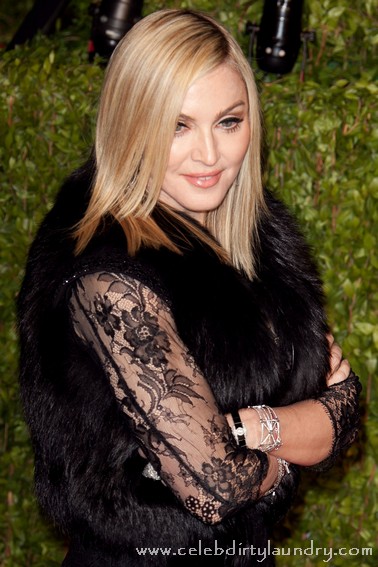 Poor Madonna, 52, seems to attrack the crazies!  Stalker Grzegorz Matlok broke into her London home.  Matlok a 29-year-old Polish citizen broke a window and entered the house and was wrestled to the ground by bodyguards.    He was arrested with some of her possessions and was charged with burglary.  Madonna and her children were not at home at the time they were in Michigan attending Madonna’s grandmother Elsie Mae Fortin’s funeral.  How the heck did he manage to get into her house without being seen.  I would think that Madonna’s house had more security than Fort Knox.

According to the Sun this is not the first time Matlok has stalked Madonna.   Madonna has had several stalkers. In 2010, a man carrying two knives was arrested outside her Manhattan apartment after he scrawled “Meet Me” outside it.   Before that a man was sentenced to 10 years in prison for felony stalking after her bodyguards had to shoot him when he scaled the wall at her home in the Hollywood Hills.  I guess that is the price of fame – you get crazies that follow you and try to get close to you.  I am still surprised that with all Madonna’s money and security Matlok was able to get into her London house.   Madonna should rethink her security imagine if her and the children were home when Matlok broke in.