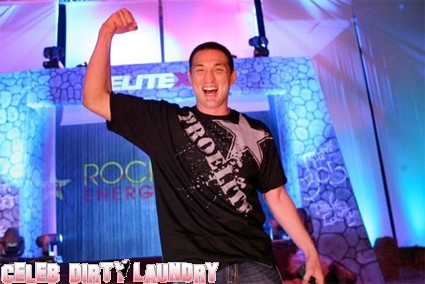 UFC star Jason ‘Mayhem’ Miller was arrested last week for fighting with his own sister. The history of UFC big-name fighters who have been arrested continues to grow.

We had Quinton ‘Rampage’ Jackson taken down a couple of years back by Costa Mesa police officers following a high-speed chase through the Californian suburbs from Costa Mesa to Newport Beach. Jackson was arrested on Felony Evading, Reckless Driving and Hit-and-Run charges.  Then of course there was Tito Ortiz who was arrested on domestic violence charges last year.

It seems that Mr. Mayhem Miller put his sister into a headlock and refused to let her go.

Law enforcement says that Miller and his sister were at a house party in North Carolina when his sister decided she wanted to leave. According to law enforcement, Jason’s sister claims he wouldn’t allow her to go and put her into a headlock.

We’re told Jason’s sister managed to escape and notified the Chatham County Sheriff who subsequently had Jason arrested later that evening for assault and false imprisonment.

The irony is that the owner and head honcho of the UFC, Dana White, was all up in arms against letting Weston Cage ever fight in the UFC after he was arrested for domestic violence in July. As if plenty of UFC fighters are not crazy violent men! I mean you don’t wind up in a career where success is measured by your ability to attack and beat people if you are a normal peace-loving person. The biggest joke of all is that the paid stooges who announce for the UFC are always telling us what fine gentlemen these thugs really are – as we watch them pound each other into a bloody pulp.