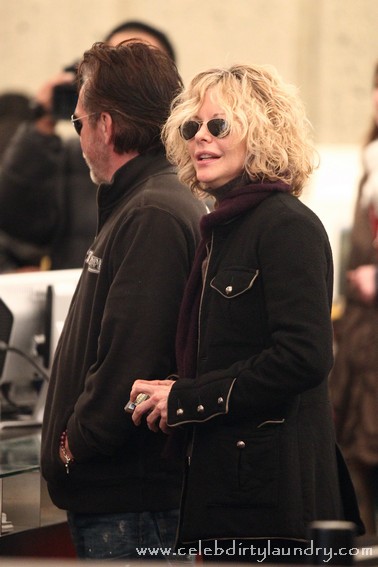 John Mellencamp, 59,  divorced from his wife of 20 years in December 2010 and soon after news broke that he was having a romance with Meg Ryan, 49.  Today Meg was spotted sporting a ring on her ring finger.  Meg was leaving Toronto’s Massey Hall with John following his concert there Thursday.  The two were on the way to the airport.

Meg Ryan’s reps, said they “are not commenting” on the images at this time.

Meg was previously married to Dennis Quaid and they have one son Jack Henry, 18.  So this would be the second marriage for both of them.  If it is true congrats to John and Meg!