Are Robert Pattinson and Kristen Stewart in Therapy? 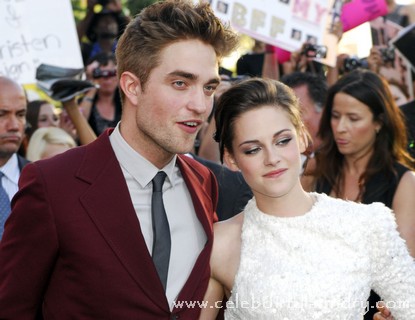 In the past week The Twilight Saga’s Robert Pattinson, 24, and Kristen Stewart, 20,  have gone from breaking up to getting married to being in therapy.  Add to that the filming Breaking Dawn and the two have been very busy.  InTouch is reporting that the couple are having a hard time with their relationship and are considering couple counseling.  According to the magazine: “He seems himself getting engaged soon, but she’s not even ready to kiss him in public.”  Now who can forget that during the People’s Choice awards when Robert tried to hold Kristen’s hand and she would not let him.  She seems to want to keep their relationship under wraps – while Robert seems to want to go public.

Of course the only proof InTouch offers is a mysterious “source” but they are claiming that because of the difficult time they are having with their relationship it is Robert who suggested they seek out help.  Seems to be contrary to reports that the two have been having romantic dinners in Baton Rouge at The Loft.

The filming in Baton Rouge is complete and the couple are moving to Vancouver to start the next phase of the filming.  I am sure the change of scenery will do them good.